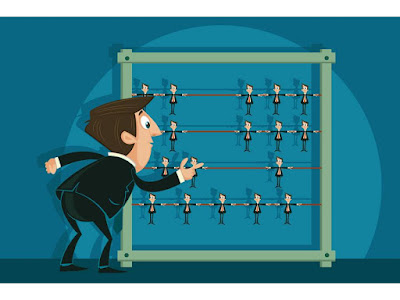 So you need a marketing agency that gives you a great strategy and award winning creatives?

Not only that, but you also want to work with good people who you get along with, and don’t throw their pony tailed attitudes?

Not to forget you want the goatee bearded hot shot creative team to maintain their enthusiasm on your account for all the deliverables of the campaign?

You are assigned to select players at a cricket match for a large tournament, and you spot a talented batsman, swinging away every shot.

Your excitement and his strokes surpass all boundaries. You just know that this is the talent your team needed.

You approach the player and ask him to play a match in which you will take a final decision.

He puts all his efforts and scores a sparkling century.

The reference check given by your current teams players glow enough to light Mars.

His fee is affordable and the future seems bright.

·        You compare him to another small time player, who you feel is more value for money.

An Advertiser brief agencies and ask them to come up with ideas without any budget constraints (Ever heard? “Dont let monies restrict your thinking”).

He wants their best creative work. He promises the agency that the project is huge and will change the fortunes of both companies.

The agencies pitch with their best efforts and top teams, and eventually the best one gets the job.

·        The actual requirement is not the same as the pitch brief.

Now when the work is not creative and not strategic (because the deliverables have mostly been about a 70% off sale)?

·        The advertiser demands to complain to the Top management, or asks for a review meeting with them.

Whose fault is it?

I know you’d expect me to say the advertisers.

·        The full gloss team happens to involve themselves only if the project is a TVC (to be shot in Bora Bora Island). Which is not fair because the leadership teams’ job is not just to win the account, but to provide service and take responsibility for the deliverables?

I’m not saying that the CXOs have to ensure that the T’s are crossed and the I’s are dotted. But at least check if from a messaging point of view, the strategy is aligned.

·        The enthusiasm is only till the agency wins the account and the champagne glasses are clinked.  After which the agency moves on to the next win and some interns are put on the project to bear the burden of work.
The client is now navigating the boat with an inexperienced and unenthusiastic team.
_ _ _ _ _ _ _ _ _ _ _ _ _ _ _ _

·        If you chose the agency for its batting, then play cricket and make them play in the position they are good at.

All said and done, when Advertisers and Agencies work together, it’s like an India-Pakistan match:

The tension is everywhere, but everyone has fun at the end.

Posted by Aleem Merchant at 5:32 AM